Back to Blog
SaaS

The fundraising game is one that as a SaaS founder, you will inevitably have to play. The avenues you explore and the funding methods you employ are up to your own preference & vision for your company’s growth. In this article, we will have a look inside the black box of VC funding, and explore a common benchmark; ‘The Rule of 40.’

In any funding round, venture capitalists (VCs) and growth equity firms do everything they can to add the right company to their portfolios. Often, they use the Rule of 40 as a quick benchmarking method to assess the health and as a result, the valuation of SaaS start-ups and scale ups.

In this article, we’re looking at what the rule of 40 is, why it’s used, where it falls short in accurately measuring business health and whether it’s a relevant measurement for your business.

The rule of 40 is a simple calculation used to measure the performance and health of fast-growing software companies.

First of all, you will need to have been trading for some time (generally over a year) before you can get any meaningful data for Rule of 40 benchmarking. Generally, those who qualify for the Rule of 40 are considered in ‘good health’, as they combine the growth and margin, and have the ability to manipulate different aspects of their business to specific market conditions.

This is why SaaS investors (venture capital firms and private equity investors) often use it as a benchmark to measure potential investments against.

In recent markets, it has not mattered how you get to the rule of 40. You could focus on growth at the expense of your profit margin or you could limit growth but maintain cash flow 9or you could strike a balance between the two).

How to measure the rule of 40

The image below gives an example of how to calculate your revenue growth rate and profit margin (using EBITDA - earnings before interest, tax, depreciation, and amortization which represents your cash flow).

It is important to note that the rule should inform your business strategy, not define it. The benchmark is an idealistic number - and we will later go on to observe how many businesses actually achieve it.

If x is lower than 40, there is no need for panic. It is not always a relevant benchmark, and should only be used as one of many indexes on which you can evaluate your business from an investment perspective.

When x = 40, great! This is a strong indication that the business is both growing, and investable. It is important to understand what is driving this achievement, whether it is aggressive growth, a strong preference for free cash flow or, arguably ideally, a balanced combination of the two.

‘Gravyboat.’, a fictional SaaS company, achieved $10 million ARR (annual recurring revenue) in 2020. In 2021, they increased their ARR to $12 million. That makes their growth percentage 20%.

If their profit margin, based on EBITDA, works out to be 25% then the combined percentages are 45%.

So our imaginary company has beaten the rule of 40. In this instance with a balanced combination of driving factors. This is good news both for the long term prospects of the business, as they have been able to prove both appetite for their product, and an effective monetisation strategy. Investors would be likely to take notice, especially if ‘Gravyboat’ operates in a large & expanding market.

Why do investors care about the rule of 40?

The buzz around the rule of 40 began in 2015 when Brad Feld, investor and founder of Techstars published an article called The Rule of 40% for a Healthy SaaS Company.

Ever since, venture capitalists have used it and there's a few reasons for that:

1. It gives VCs a benchmark for SaaS health

They want data to support the investment choices they make. The rule of 40 can help them make the case for investing in one business over another to other stakeholders.

Most VCs see tens of pitch decks every day in hundreds of different verticals - having a straightforward method of evaluating these businesses in different segments, provides a method for quickly assessing who has the highest likelihood of success.

2. Companies that exceed the rule of 40 trade at higher revenue multiples

Start-ups don’t have as many data points at their disposal as mature SaaS businesses.

But investors can use the rule of 40 to predict future profitability.

At the time of publishing this article, Datadog’s (NASDAQ: DDOG) rule of 40 was 106.7%. Their profit margin was 28% and their revenue growth rate was 78.7%. We can see from finbox.com’s chart below that for the last four years, Datadog has exceeded the rule of 40.

An investor could look at this and feel confident in the upward trajectory of the business.

In Battery Ventures Software 2021 Report they found that a business who exceeds the rule of 40 will trade at higher multiples, as seen in the image below.

Why is it so reliable? It’s less about your revenue growth rate and profitability margin and more about the key drivers behind those numbers.

They also had 29% lower Gross Dollar Churn (GDC) compared to companies that didn’t meet or exceed the rule of 40.

Investors want insight into how successful a SaaS business can compound revenue.

That’s why they’ll look at these five headline metrics;

The rule of 40 inadvertently covers all five.

And it’s difficult for a business to qualify for the rule of 40 when those metrics aren’t healthy.Churn rate is the important one here. If SaaS revenue is to compound then the business has to retain customers and build from that base.

In an economic downturn, prioritizing margin over growth could be the sensible choice that keeps headline figures on track.

Where the rule of 40 falls short in measuring SaaS performance

Even if revenue growth rates and profit margins are of equal value to investors now, it doesn’t mean they should be measured that way indefinitely.

The rule of 40 doesn’t consider fluctuations in the market or the availability of capital.

Bull markets impact on the rule of 40

In a bull market, when access to capital is simple and sales cycles are shorter, a business might prioritize growth in an attempt to steal the largest proportion of the market share. For the last ten years, we’ve seen businesses prioritize growth at all costs.

They had a pure user acquisition focus, regardless of whether they were paying customers or not. Through their aggressive growth, Slack was also able to raise £160 million in 2015 to sustain their growth without worrying about profit margins. Infact, when the acquired by Salesforce in 2021, the business was still recording a $292m loss, but the business was valued at $27 billion

But 2022 has shown different challenges, and the era of growth at all costs is seemingly over. The economy has begun to enter a Bear Market.

Bear markets impact on the rule of 40In bear markets, capital is harder to come by and sales cycles are extended.

Observe the below chart from Techcrunch and Carta:

The importance of prioritising profit instead of growth stems from a few factors:

As a SaaS founder you can focus on retaining current customers and making marginal gains where possible to maintain healthy cash flow. Often the largest cost in a SaaS business is headcount. Efficient and considered growth can often be the key for SaaS businesses to maintain profitability. Whilst aggressive hiring and growth plans can often be tempting, looking at the proportion of growth & margin in your Rule of 40 benchmarking can be a useful guide for how aggressive to be.

The Rule of 40 is narrowly focused

Revenue growth rates and profit margins aren't the only factors you should consider. But the rule of 40 doesn’t account for anything else, at least not directly.

Market opportunity plays a large role in how successful a company can be. The larger the market, the larger the opportunity. Let’s consider the global CRM market. It’s estimated to reach $80 billion by 2025.

The rule of 40 won’t show that opportunity to an investor and leaving this data out could lead to them investing in a company with smaller market opportunities.

McKinsey research finds that one-third of software companies meet the rule of 40. And even fewer sustain it over time.

Their analysis of 200+ software companies between 2011 and 2021 revealed that businesses of various sizes exceeded 40% only 16% of the time.

That’s not helpful for businesses who need to raise multiple rounds of funding throughout their start-up journey. They may be exceeding the rule of 40 while raising Series A but when it comes time to raise Series B, their calculations are likely to fall short.

Our verdict: It’s relevant for measuring health, but you should strike a balance between growth and profit

So is the rule of 40 a relevant measurement in today’s SaaS world?

Too much focus on one over the other or an inflexible approach when markets change could hold you back in the long-run.

For example, if experiencing a period of rapid growth you may be tempted to maximize customer acquisition at the expense of other parts of the business.

While growth at all costs is a good strategy in bull markets, customer churn is something SaaS companies shouldn’t risk.

Balance growth with profit and give your existing customers the attention they need.

If you do, you’ll compound your growth and drive greater profits as that growth occurs.

To learn more about the rule of 40, or to find out how Uncapped can help on your SaaS fundraising journey, get in touch with Justin Langen - justin@weareuncapped.com 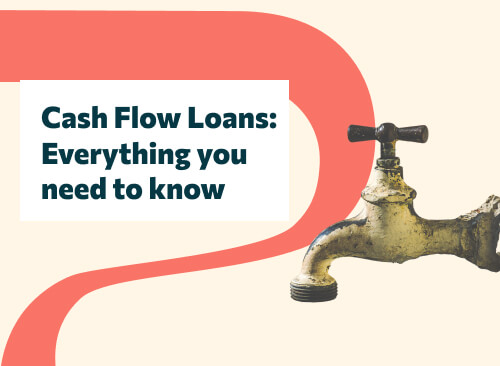 Cash Flow Loans: Everything you need to know

Cash flow is an important indicator of how your business is performing. Here's everything you need to know about cash flow loans and whether it's the right financing option for you. 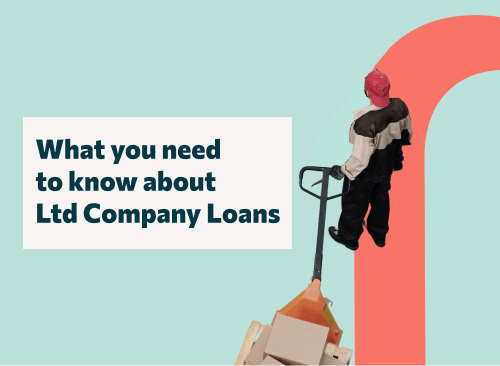 Everything You Need to Know about Limited Company Business Loans

Is a limited company business loan is the right option for you? Our guide will take you through all your options.